In partnership with the Aquarium of the Pacific in Long Beach, the Ocean Impact Studio challenged Illustration students from ArtCenter College of Design to tell visually engaging stories about the benefits of marine aquaculture as “Seafood for the Future.” The projects developed by students would communicate reasons why farm-raised seafood is a healthy, sustainable food choice for today’s fast-growing human population; likewise, the storytelling would dispel myths and misconceptions about farm-raised seafood.

This project was made possible by a grant from the David and Lucile Packard Foundation.

Animated PSAs created in the Ocean Impact studio, Aquashorts and Aquaculture and Jobs, will be implemented in Summer 2017 at the Aquarium of the Pacific in their existing kiosk platform, Ocean Today. This platform is run by NOAA and will be available to other institutions that employ this medium through the NOAA Coastal Ecosystem Learning Center Network. Two other projects are being targeted for potential grant funding and future implementation.

ArtCenter’s Designmatters and Illustration Department partnered with the Long Beach Aquarium of the Pacific to present effective and entertaining visual projects to educate Aquarium visitors about the benefits of aquaculture as a healthy and sustainable food choice while dispelling myths about farm-raised seafood. “Aquaculture must play a key role in feeding the world’s population going forward and it suffers from bad public perception. One of the best ways to change public perception is to combine art with science. This class has done a remarkable job of coming up with ways to help change that perception.”

As the fourth most-attended aquarium in the nation, the Aquarium of the Pacific in Long Beach annually welcomes 1.5 million visitors who spend time among the 11,000 animals in more than 50 marine life exhibits that present an overview of the diversity of life in the Pacific Ocean through onsite and virtual experiences.

Additionally, the Aquarium presents important scientific topics and issues through its exhibitions, educational programs, hands-on activities and lectures from leading scientists from around the world.

For seven years, Designmatters has developed a close partnership with the Aquarium which has provided students with real-world design experience opportunities to create complex exhibition projects that effectively communicate science fact through art and design. “Scientists and those of us in communications have a hard time paring down information about aquaculture to the general public; that’s the beauty of what these ArtCenter students have done. They have taken this really complex science and information and put that in a fun and interesting way that’s engaging to the public.”

As one of the healthiest animal proteins on the planet, seafood is a low-fat food option that contains numerous beneficial nutrients. With a dramatic increase for seafood around the world in the 1980s, wild-captured fisheries have been falling behind with the demand. Marine aquaculture operations have supplemented the wild-capture supply to help meet the needs of a growing global population.

Today nearly 90 percent of most farm-raised seafood comes from China and other parts of Asia. America’s contribution to the global farmed seafood supply is small – under .5 percent.

Overall, marine aquaculture operations typically have a smaller carbon footprint than land farms, use less fresh water and are more efficient at converting feed into protein. Marine aquaculture can take place in the ocean (in cages, on the seafloor or suspended in the water column) or in on-land manmade systems such as ponds or tanks. U.S. aquaculture primarily produces oysters, clams, mussels, shrimp and salmon.

Marine aquaculture has challenges (marine species raised in open systems can have harmful impacts on ocean ecosystems, for example), but proper siting and good husbandry combined with best management practices as well as the use of appropriate technologies and tools can reduce and even eliminate some of these environment stressors.

The United States and the California coast especially, has excellent oceanographic conditions to establish ecologically-responsible marine aquaculture operations that would strengthen the integrity of the brand. Science and technology can help facilitate the change, moving the industry forward to create a transparent and profitable economy while supplying the public with a healthy, sustainable food choice.

“Our instructors at the very beginning were pushing us to think without any limits and to go with our thoughts, no matter how big. I was originally thinking of doing a kelp forest-inspired jungle gym. But once you get your idea, you have to keep cutting at it till you get to the point where it can actually be a project. ”

At the kickoff meeting, students met with Aquarium president Dr. Jerry Schubel who explained the Aquarium’s interest in aquaculture as Seafood for the Future. When properly executed, farm-raised seafood enterprises could supply healthy seafood while conserving working waterfronts and local fishing communities.

NOAA Fisheries Advisor Mike Rust presented the students with an overview of the public perception of aquaculture, using a study published by UCSB that analyzed news coverage, public comments on social media, etc. The takeaway highlighted that there is increasing focus on aquaculture but many do not properly understand the concepts and practice of what farming in the ocean truly means.

Rust also described the mistakes made in the early days of marine aquaculture and how operational changes have improved the practice, but that negative public perception still lingers. In addition to offering a healthy food choice, aquaculture, when performed correctly, can benefit the entire marine ecosystem.

Students were instructed to convey the principles of aquaculture in imagery and in accompanying text that would appeal to aquarium visitors but also be viable for other stakeholders such as policy makers and regulators.

Students were challenged to communicate the trade-offs between land-based farms and ocean-based operations as it relates to serving and feeding a growing global population. They were also to include the many health benefits of eating seafood, especially the increased consumption of omega 3 fatty acids. Students could also incorporate other facts that would debunk myths and preconceptions about farm-raised seafood, such as they are large industrial operations or that wild is a “better” choice.

Students researched online, through books and using other resources, but a series of field trips brought them closer to the realities of aquaculture. They toured the Carlsbad Aquafarm and visited the white sea bass hatchery at the Hubbs-SeaWorld Research Institute in San Diego. Additionally, students visited the Aquarium to review possible locations for their exhibit creations.

To further their ideation process, students used small sketchbooks during field trips and other research outings. Students took graphic notes, channeling the data and facts they were learning and transforming them into visuals and creative imagery on the fly that could spark ideas and concepts.

Students merged their ideas with aquaculture facts and examined creative platforms that could convey the messaging. As they worked on sketching out their projects, they considered their audience, the simplicity and effectiveness of storytelling, and conceptual design options. Aquarium staff was available to the students to review scripts and text, making sure that any scientific data and information presented was accurate.

At the midterm, students presented their projects and received direct feedback from Aquarium president Jerry Schubel who offered suggestions on how to retool and further refine their concepts.

Students then continued to work on their project iterations, building prototypes, creating animation and deeply developing conceptual elements. For some students, the creation process introduced them to a new form of storytelling and a new skill. Others sought assistance from ArtCenter faculty on specific platform guidance, including app building.

To see a real-world version of visual strategists working alongside scientists, students were also given a tour of JPL where they witnessed many examples of the collaboration of art and science with the goal of effective and accurate communication. The field trip further inspired students to push their thinking forward toward their final presentation. “In the field, they were drawing constantly which was their way of taking notes. There was a lot of curiosity and asking questions, especially of the scientists, because you don’t get to learn or talk with scientists every day. With Designmatters classes, I like to keep things flexible and loose in terms of the curriculum, because we really do respond to where the students are in the process and what they are bringing to the table.” Describing how aquaculture influences jobs, a fish interviewer talks with a variety of other marine animals that portray various careers that benefit from farm-raised seafood. Through interviews with Fishmonger, Chef, Farmer, Doctor and Scientist characters, important facts of aquaculture are discussed in a quick, relevant and humorous manner.

A digital experience that corresponds to the Vanishing Animals exhibit at the Aquarium, the app points users to possible screens to further explore the facts and benefits of aquaculture. Users can choose a specific marine animal (shellfish, oyster, Atlantic cod, white abalone, etc.), and by clicking on it, will discover quick informational tidbits. Brightly colored animated fish are projected onto the walls of the Ocean Science Center for this immersive experience that was inspired by the glimmer of both fish scales and disco ball. The huge globe would have projected images describing worldwide fish consumption along with other art/text that would depict aquaculture impact, healthiness and more. Fish for Thought Interactive Board

Geared toward children, this tactile wall display is a giant wooden colorful fish with scales that can be flipped open to learn aquaculture facts in a fun way. The fish can be mounted on a wall with other similar fish; other fish elements can feature puzzles, chalk boards and possible rotating pieces. Six short PSA-styled pieces of animation communicate the value of aquaculture in a visually engaging manner. The shorts play from a click that interrupts the static of a television set and feature a variety of graphic designs and animation techniques including traditional and stop-motion.

Students were invited to share their work on May 25 at the Aquarium as part of the panel discussion:“Will Farmed Fish Save Our Oceans, Delight our Palates, and Provide Healthy Food For All?” moderated by UCLA’s Institute of the Environment and Sustainability. “Aquaculture must play a key role in feeding the world’s population going forward and it suffers from bad public perception. One of the best ways to change public perception is to combine art with science. This class has done a remarkable job of coming up with ways to help change that perception.” 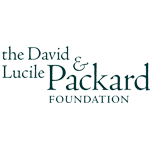